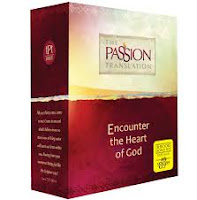 If you want to know what this series is about go to my first post here.
Brian Simmons claims 'the anointing' on him was strong such that people in a local supermarket fell around him as he walked the aisles with his shopping trolley. People simply couldn’t keep their feet while he was around. He insists his ‘staff’ were often witnesses of these events, especially the raising of a child from the dead.

In an interview with Sid Roth, Brian Simmons reveals this and tells how Jesus appeared to him, telling him he should write a new translation of the Bible.

He paints a picture of his having such anointing his ’staff’ asked, on his simply entering a room, ‘What happened to you?’ The dramatisation on the Sid Roth show leaves no doubt many witnessed the most spectacular events marking this man’s life. From his time as a young man in the army to raising the dead in India, nothing about him seems ordinary.

What is interesting is that he doesn’t bring any witnesses of these remarkable events that, he claims, happened before witnesses. This is important because the New Testament offers us extensive witness reports, both to the miracles and ministry of Jesus, and to his resurrection. Indeed, Paul tells us Jesus appeared to more than 500, most of whom he assures us were still alive at the time of writing. Luke bases his whole gospel on thorough-going research and eye-witness accounts. (Lk.1:1-4)

The one time any eye-witness of any of Brian Simmons' claims is found the report goes disastrously against him. In his talk on YouTube, Exposing the Agenda and Origins of ‘The Passion Translation,’ Mike Winger tells us he spoke to someone from New Tribes/Ethnos 360, the group with which Brian Simmons worked among the Hakuna people in central America. Simmons claims he was directly involved in translating the New Testament, working with Wycliffe Translators.

The witness, Jerry McDaniels, who had worked among these people for thirty years, emphatically stated Brian Simmons was not involved in translation, but was a church planter. Simmons goes to lengths to feign humility, pointing out he was a ‘co-translator’ but witness evidence states he was nothing of the sort. Indeed, his account is full of holes and the only thing we can be certain of is he was there.

You can find the relevant information about 25 minutes into Mike Winger’s film, although the whole film is well worth your time and attention. I had some difficulties with audio/video synch but treat it as a podcast and it’s fine. A full transcript can be brought up to the right of the screen and that’s helpful.

In the film, Mike Winger promises to find statements from New Tribes/Ethnos 360 distancing themselves from Brian Simmons, his claims, and work. That can be found here.

What is tragic, indeed criminal, is that people are reading this man’s Bible ‘translation’ thinking it is the Bible. It is not! I would recommend the New World Translation before I would this. His account of it sounds like something Joseph Smith would have said, the whole thing appearing to have been channelled like the Book of Mormon. This is emphatically not the Bible but Brian Simmons appears to be making an awful lot of money out of it.


Today's text for comparison is Romans 15:13

‘May the God of hope fill you with all joy and peace in believing, so that by the power of the Holy Spirit you may abound in hope.’ ESV

‘Now may God, the inspiration and fountain of hope, fill you to overflowing with uncontainable joy and perfect peace as you trust in him. And may the power of the Holy Spirit continually surround your life with his super-abundance until you radiate with hope!’ TPT

So many words again, and not in the text. He reminds me of people who will tell you, ‘this is how I like to think about God.’ So it is this is what Brian Simmons likes to think this verse means, indeed what it might have said if only Paul had Brian Simmons to guide his hand and not just the Holy Spirit.

Three key words in his ‘translation’ stand out: fountain, uncontainable, and radiate. None are in the text. He clearly wants to impress upon us the idea of ‘outpouring,’ speaking to the popular NAR teaching of God’s pouring power into us and us in turn overflowing with power that will take over the church and finally the world.

The key word in the text is ‘hope.’ It is a link word back to verse 12 which takes us back to Isaiah 11, a text that speaks of the nations inquiring about Jesus, ‘the shoot from the stump of Jesse.’ Jesse is King David’s father, the shoot is Jesus, and the Gentiles will hope in him. Not in a supernatural church but in a supernatural Saviour.

The hope, joy, and peace Paul writes about come from knowing we are experiencing the fulfilment of prophecy and our inclusion in God’s great purposes in salvation. There is hope in none other and now we know that hope and rejoice. 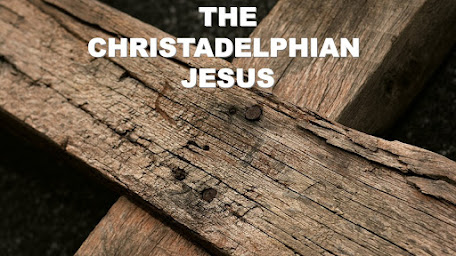 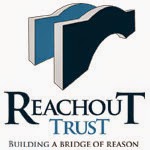